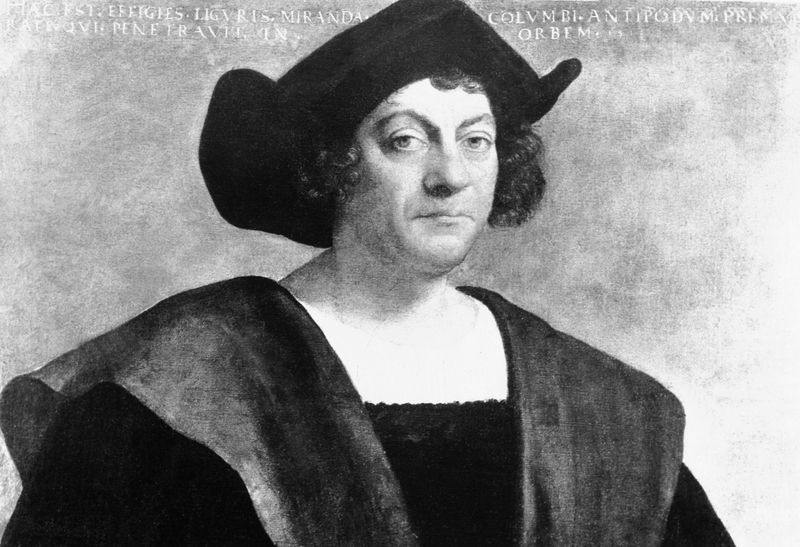 A discoverer for the ages. (AP)

When it comes to transcendent historical figures, Christopher Columbus doth bestride the narrow world like a colossus. Like Gaius Julius Caesar, his ancient Italian kin, Cristoforo Colombo altered the course of human events.

Columbus was first and foremost an explorer. In fact, he discovered more territories than Ferdinand Magellan. “As a master mariner,” wrote historian Samuel Eliot Morison, “Columbus was supreme in his generation. Never was a title more justly bestowed than the one which he most jealously guarded, Admiral of the Ocean Sea.”

His supposed sins are, if not fabricated, greatly overstated. Columbus did not introduce slavery to the New World. According to Carol Delaney, a former Stanford University anthropologist, “Slavery was common, even among [native] people in the Caribbean.”

Among indigenous peoples — including the Aztecs, Mayans and Incas — ritual misogyny, human sacrifice and cannibalism were not uncommon. In North America, the Mohawk, Atakapa and Tonkawa tribes were known as “man-eaters.”

In any event, Columbus Day isn’t a feast day for a sausage-and-pepper proletariat. This holiday celebrates the epochal trek that created modernity.

On Jan. 8, 1963, at the opening of the National Gallery of Art’s exhibition of Leonardo da Vinci’s “Mona Lisa,” President John F. Kennedy declared: “At the same time that the creator of this painting was opening up such a wide new world to Western civilization, his fellow countryman from Italy, Columbus, was opening up a new world to a new civilization.”

Which is why the time has come to declare Columbus Day a UN holiday. To foster global unity, peace and cultural amity, the United Nations designates key international holidays for commemoration. Among the most important are International Women’s Day (March 8), World Day of Social Justice (Feb. 20), International Day of Commemoration in Memory of the Victims of the Holocaust (Jan. 27), and International Mother Earth Day (April 22).

Cristoforo Colombo’s four voyages connected the Earth’s two hemispheres. In an NPR interview, Charles Mann, author of “1493: Uncovering the New World Columbus Created,” stated that “. . . to ecologists, he (Columbus) was this super-important figure, and the reason is that 200 million years ago, as you remember learning in school, the world was a single giant land mass they call Pangaea, and geological forces broke it up, creating the continents we know today.

“And over time, they developed completely different suites of plants and animals. And what Columbus did was bring the continents back together. He recreated Pangaea, in effect.”

Ironically, the National Education Association, which is supposed to believe in spreading knowledge to young people, has passed a resolution calling for Columbus Day to be replaced by Indigenous Peoples’ Day.

Had Columbus not ventured into the unknown, the rich, variegated and vibrant Hispanic world we know today would not exist. Is NEA President Lily Eskelsen García unaware that Puerto Rico boasts two Columbus Day events, the October federal holiday and the Nov. 19 (Discovery Day) celebration, which commemorates the Italian navigator’s sojourn to Puerto Rico?

Should we now rename the nation’s capital Washington DIP (District of Indigenous People)? Will Eskelsen-Garcia ask Columbia University to discard its namesake and become Iroquois University?

The Columbian epoch brought the great gifts of the Italian Renaissance to the shores of the New World: modern science, art, music, architecture, accounting, the rule of law, capitalism and, yes, ultimately the American Republic. Absent Columbus, “the last best hope of Earth” and the United Nations might never have arisen.

Morison underscored this unifying reality: “The whole history of the Americas stems from the four voyages of Columbus; and as the Greek city-states looked back to the deathless gods as their founders, so today a score of independent nations and dominions unite in homage to Christopher the stout-hearted son of Genoa, who carried Christian civilization across the Ocean Sea.”

Honor him, all across the globe.

Iaconis is chairman of the Italic Institute of America.