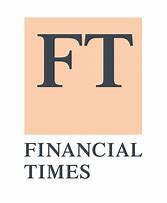 Resilience is embedded in the Italian DNA

From Rosario A Iaconis, Mineola, NY, US

Sir, Further to Tony Barber’s column “Italy delivers a damning verdict on its elite” (March 6): is populism the wave of the future, and Italy the shape of political things to come?

A less than robust economic recovery, the debate over the euro, and the challenges posed by the arrival of 600,000 migrants, many from Africa, eroded the Italian electorate’s confidence in the status quo. The results of the recent parliamentary elections gave the proverbial boot to the nation’s mainstream parties, bringing the populist League and the Five Star Movement to the brink of national power — and boosting the fortunes of its leaders, Matteo Salvini and Luigi Di Maio respectively.

However, these upstart neophytes do not inspire confidence. Yes, Mr Di Maio has served as vice-president of the Chamber of Deputies. But when it comes to municipal governance, the Five Star Movement’s record has been nothing short of wobbly. Rome under Virginia Raggi would hardly make Caesar Augustus proud. Mr Salvini’s negatives are entirely more pernicious. Like Donald Trump, he has risen to international prominence by fanning the flames of xenophobia. However, whereas the former ascended to the White House, the latter will find the road to Palazzo Chigi somewhat tortuous. Though Mr Salvini has shed the former Northern League’s separatist aspirations so as to appeal to central and southern Italians, he cannot erase the party’s hate-mongering origins. The ugly ideology of Umberto Bossi, the bigot who founded the Lega Nord, still haunts Salvini and co. Shifting the party’s focus from secessionism to nationalism does not alter the League’s inherently intolerant genesis.

Still, in the hurly-burly and horse-trading that will lead to the formation of a new government, one should never underestimate the Magic Boot’s enduring resourcefulness. For resilience is embedded in the Italian DNA. Thus spake Emperor Marcus Aurelius: “Never let the future disturb you. You will meet it, if you have to, with the same weapons of reason which today arm you against the present.”

The Italic Institute of America